It is said that if everything seems under control, you aren’t rowing hard enough.

That much was evident in the inaugural “Connor’s Ergo Challenge”. From opposite sides of the USA, two proud rowing schools, Wisconsin and Stanford, competed in the gruelling 100km relay race. The men and women’s crews battled it out on the unforgiving machines, raising vital awareness and funds for brain cancer research through the Robert Connor Dawes Foundation. 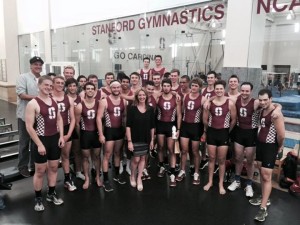 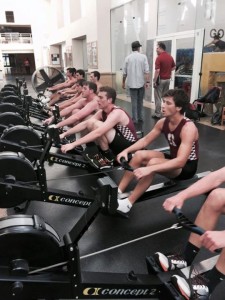 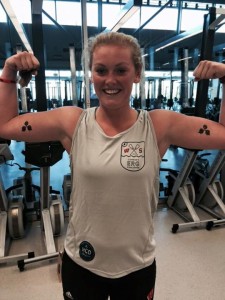 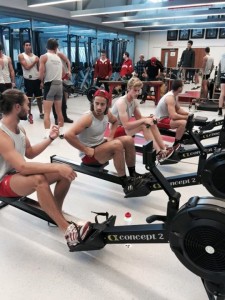 “The whole thing, from the planning, the kid’s involvement, to the event itself, was truly epic,” said Wisconsin Men’s Coach, Chris Clark. “Everyone here is more that ready to defend our title in an even bigger and better event next year!”

Those familiar with Connor’s story know that rowing was his true passion. While he was a force in the boat, he was also a formidable scholar. In year 10, Connor achieved a PSAT score over 200. Eager to study and row in the US, he applied for two schools for further information: Wisconsin and Stanford. The day before his first surgery, he was invited to attend Stanford Summer school.

While Connor never got the chance to row for one of these prestigious colleges, it is a touching that both now compete in his honour.

“It was a great experience for our teams. All involved were rocking to Connor; it was a wonderful event,” said Stanford Men’s Coach, Craig Amerkhanian.

With over $15 000 (USD) raised, we at the RCD Foundation are excited for next years’ event, with the potential for even more competitors!

Visit rcdfoundation.org/erg-challenge/ for more information or if you would like to donate.