How old was Lukas when he was diagnosed?

Lukas was diagnosed with a medulloblastoma in April 2012 at the age of 2 and a half. He underwent neurosurgery at the RCH and then was put on a gruelling 6 month inpatient chemotherapy program to try and cure the disease without requiring radiation on his young brain. Unfortunately some of the tumour remained so Lukas  underwent 12 months of outpatient ‘maintenance’ chemotherapy to buy some time before commencing full brain and spine proton radiation in Texas, USA in October 2013,1 day after his 4th birthday. Lukas has shown no evidence of disease since January 2014.

Does Lukas have any lasting side effects?

Lukas has suffered bilateral high frequency hearing loss from chemotherapy, cataracts in both eyes from brain radiation and ongoing issues with his balance and coordination from tumour and treatment effects. He will suffer a minimum of 10cm height reduction in his spine from the radiation as well as likely further growth disruptions due to damage to his pituitary gland. Full brain radiation at such a tender age also caused changes to his processing skills, memory function and difficulty with social skills. Despite all this Lukas remains a happy and positive boy who soldiers on!

What’s your connection to the RCD Foundation and Connor’s Run?

Liz reached out to us while we were fundraising to go to Texas for Lukas’ radiation treatment. The greek newspaper ‘Neos Kosmos’ had written a feature about us and I believe Liz heard about it through a contact of hers. We made contact on returning from the US and I met Liz when attending the 2013 Christmas Market at her home. We have been involved with the foundation, and eight Connors Runs since then!

How is your family participating in Connor’s Run this year?

This year is the first year that Lukas has taken on the challenge of doing Connors Run himself and will attempt to run/walk the 9.6km distance on Sunday 26 September. His dad will also run it with him and I will run the 18.8km distance the same day. I have also set myself a goal of running a total of 160kms in September.

What are some of Lukas’ favourite hobbies?

Lukas has a keen eye for building design and loves to create structures in the game Minecraft. He is also a train lover and can identify the type of train that is approaching solely by its horn sound! Just prior to lockdown he started up tennis lessons which he was enjoying and at home he likes playing with his cats Skittles and Hazel.

Is there something you’d like people to know about brain cancer that they may be surprised to learn?

Everything about brain cancer has been a steep learning curve but the most mind blowing thing to me has always been just how little they knew about it in children and that the treatment plan seemed to be ‘throw the kitchen sink at it and see’. It was very disheartening. Also the brutality of the treatment and the endless list of long  term effects it could, and most likely would, cause.

Would like to add that we are privileged to be involved with the RCD Foundation . It is very transparent with where funding goes and I feel all of the projects they are involved in actually make a difference to kids lives and the pursuit of better outcomes for children’s brain cancers.

Lukas’ family are doing Connor’s Run Your Way Any Day, to donate to their team ‘Inspired By Lukas’ click here 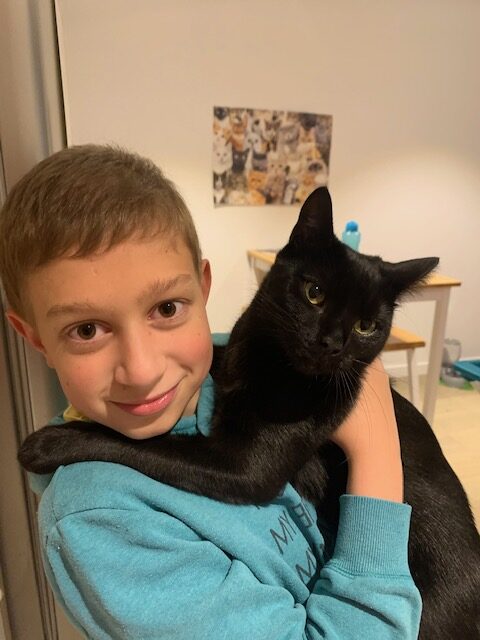