It is with great pride and emotion that today I will be receiving an Order of Australia (OAM) medal for my passionate work in changing the odds for young Australians with brain cancer. It has been an honour and privilege working toward this mission every day since losing our 18 year old son, Connor to this cruel disease in 2013.

Last September I received an email from the Governor-General’s office notifying me that I was being considered for the award of the Medal (OAM) of the Order of Australia (General Division) within the Australia honours system. The email went on to state that the Order of Australia is the pre-eminent means by which Australia recognises the outstanding and meritorious service of its citizens. It also asked me to keep this news confidential until it had been confirmed and made public in January 2022. That meant I had 5 months to let this news sink in, to think about what it means and means to me. It also meant 5 months of secret keeping…not one of my strong suits, especially when I’m excited and it’s good news!
Upon reading this email I had several emotions, the first being one of somewhat surprise. I knew I had been generously nominated by our savvy Business Development Manager, Lisa Bird but that was at least 18 months ago, I had pretty much forgotten about it. I was happy the effort Lisa put in hadn’t been for naught. I was also thankful for the four generous referees for believing in our mission and the time they took to vouch for me.

My second emotion was raw anguish. Connor paid the ultimate sacrifice, his life, by no choice of his own, taken from him by brain cancer. I promised him on the day he died that I would celebrate and honour him every day, for the rest of my life. That continues to be the easiest promise I have ever made. I don’t need, expect, or want any recognition, accolades, or medals. If I’m honest – I just want Connor here, living his life. Let’s face it, working in his name and memory is how I cope, keep Connor alive. Sometimes the enormity of the loss of him stares me in the face. Receiving this email, with its formal congratulatory manner was one such reminder and grief washed over me anew. 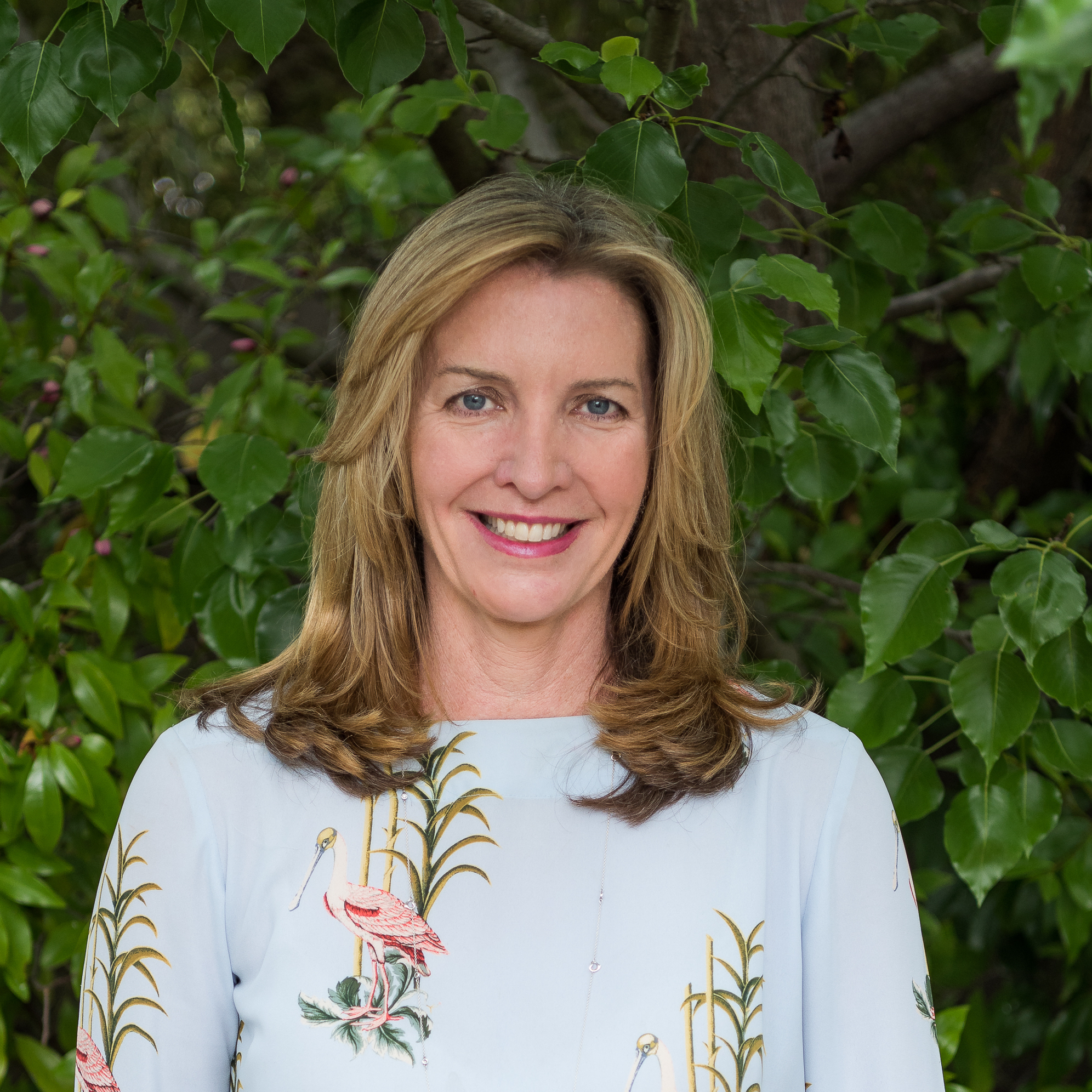 I then felt very American, with a pang of homesickness. Can I receive this prestigious Australian award and still be the American girl I’ve always been, despite living here for over 20 years? Not being able to visit my US family and friends these past two years has been difficult. I have felt for years that I have a foot in each country, my heart in two places. I felt a gentle wave carrying my feet further onto Australian soil. I love my home in Australia and I am pleased to be a citizen, but I don’t want this award to make me any less American and I hope that’s OK.

After I let these initial emotions pass, I’ve been thinking of the last nearly nine years since losing Connor and what we have achieved. The enormity of his loss has been huge but so too has our accomplishments since his passing. He has inspired So Much Good: the science and researchers we have funded; the dozens of children receiving our Music Therapy; the magic of Connor’s Run; the thousands who engage with our events each year, feeling the awesome energy of helping make a difference; the millions we have raised. He certainly does live on in the most glorious way, and that gives me peace.

Yes, I’m an Australian American just like Connor and the rest of our family. That we have our Foundation successfully set up in both countries means we are helping forge meaningful relationships between our two countries, helping accelerate research and collaboration. We know this complicated disease won’t be cured in one lab, one hospital or one country. That we can leverage our American ties to help kids in Australia and across the world is wonderful. I wonder how many other Americans have received an OAM? That I am one makes it extra special.

When we began our Foundation, it was our Bayside community and Connor’s medical community that held us up and cheered us on. Scott and my friends, Connor’s friends, Nick and Hannah’s friends, every medical person involved with Connor’s care, people we knew and didn’t know embraced us ‘with gusto’. I’ll always remember one of Connor’s friends coming up to me at the Finish of the 1st Connor’s Run in September 2013, just months after Connor had died. His face was beaming and he said “I can’t believe how happy this has made everyone and how good this feels when the reason is so sad”. Celebrating life and living is what it’s all about. Somehow our community knew this and helped show us the way. I am beyond thankful to everyone, especially the ‘originals’ for helping us do good while feeling good. Long may that continue. 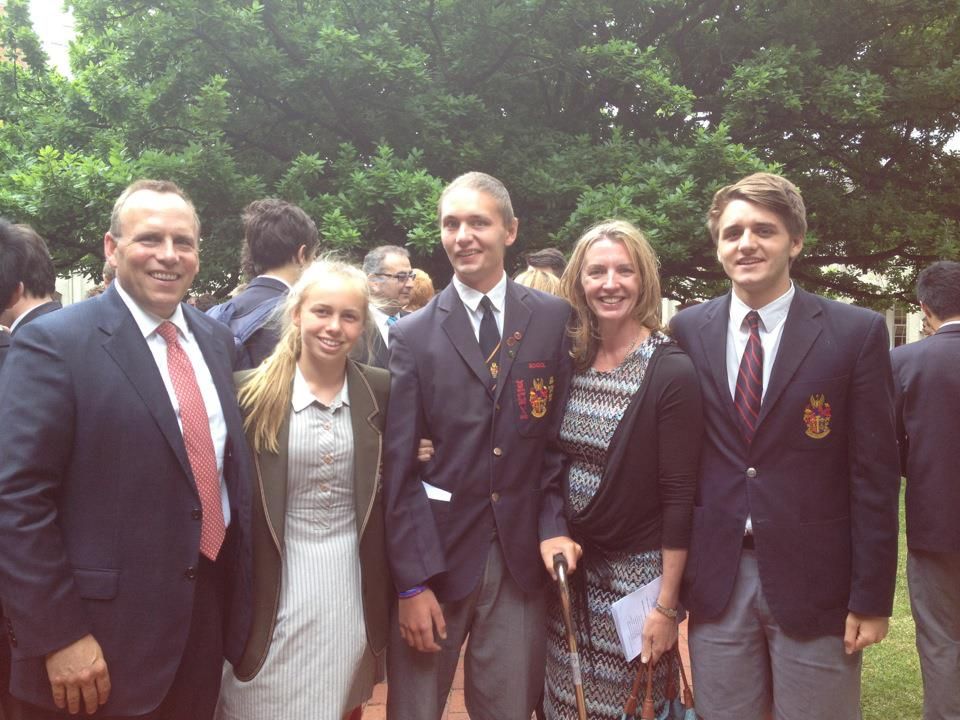 We have been passionate about helping young children since our beginning. Connor couldn’t bear seeing children much younger than him being treated for brain cancer during his own treatment – it caused him great distress. I knew he’d want us focusing on helping the young ones. That our Aim Brain Project is now becoming a standard of care for testing every child’s tumour diagnosed and paving the way for better treatment protocols is hugely rewarding. Through this we have now met dozens (and dozens) of families and young people affected by brain cancer. Some of these families have become our Legacy Ambassadors and many are now close, personal friends. Side by side we will work together, in their children’s names too. Our brain cancer community is at the very heart of all we are and all we do.

At the end of Connor’s life everything became difficult for him. Everything. This is the cruel reality of brain cancer. One day, when Connor could still walk (but barely) I helped him to the toilet, his 6’3” frame leaning heavily on me. This was a massive job and every part a struggle, any bit of dignity either of us had been holding onto was long gone. Afterwards, slowly walking back to help him sit on the sofa he stopped and looked at me. His speech was slowing down and in a few weeks he wouldn’t be able to utter a word, the sound of his beautiful voice gone to the world. But this day he looked at me with such love and gratitude and said “you are an extraordinarily good mother”. And I looked straight back at him and said “being your mother has been my life’s greatest gift”.

Today, with so much love and gratitude in my heart for Connor, my family, our friends, our RCD Foundation team, our community and especially our brain cancer community, I proudly accept this OAM award. I quietly think Connor would say it means “One Awesome Mother” and that makes me smile. My passion and drive to help others with brain cancer will continue for the rest of my days.