Brawn for the brain: Over $93,000 USD raised for Connor’s Erg Challenge

Thank you to all of the individuals, schools, gyms and teams who used their brawn for brains! Our seventh Connor’s Erg raised over $93,000 USD ($128,000+ AUD!) for paediatric brain cancer matters, our biggest erg challenge yet.

This year we had some new teams join the challenge in Australia and the US, Genazzano FCJ College, along with Euroa Gym in Australia took their fundraising to the next level, with Fairfield and Yale in the US dipping their toes in.  We were thrilled to have University of Wisconsin men and women – who has been here since inception and consistently pours their hearts and souls into this event back once again.

Traditionally Connor’s Erg is a virtual 100km erg relay challenge that started between Stanford and Wisconsin, but has expanded to gyms, individuals and high schools, with many rowing their own way.

Congratulations to our top US fundraising team this year, the University of Michigan Women’s Rowing, who raised an incredible $6790.28 USD in their very first Connor’s Erg. These athletes developed personal “I Will” goals for the month of February to focus their training and fundraising efforts, and the results speak for themselves. UMich also had the top individual fundraiser, Kayla Ehrlich who raised an impressive $3,149. 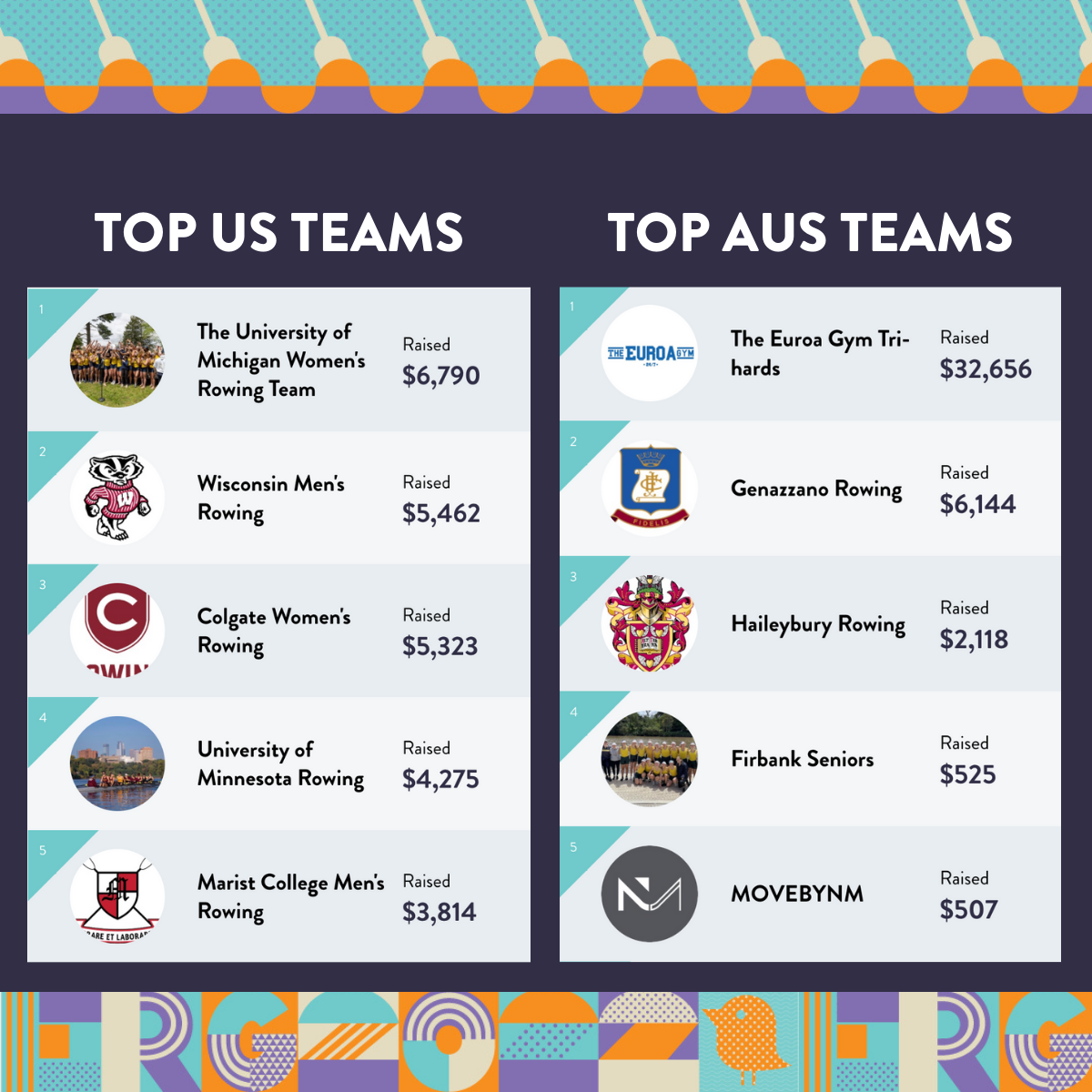 In an incredible FUNdraising effort, Euroa Gym team the Tri-Hards raised a whopping $43,490 USD (approx $60,000 AUD). Lead by our Legacy Ambassador, Dustin Perry, the crew went above and beyond to fundraise, with huge support from the local community. Dustin was our top individual Australian fundraiser, with over $11,000 AUD raised.

We’d like to give a big thanks to this year’s major event sponsors – Northwestern Mutual and Jacobus Energy.

Connor was determined to study and row, until brain cancer robbed him of the chance. Connor applied to Wisconsin and Stanford Universities and was invited to attend Stanford summer school the day before his brain tumour surgery.

During Connor’s treatment, Craig Amerkhanian, coach of Stanford rowing, kept in touch with Connor’s mum Liz, offering support during a tough time for the Dawes family. For 16 months Connor’s brilliant mind and strong body gave its all to fight this terrible disease, but on April 20, 2013 Connor lost his battle. A matter of days later, the Robert Connor Dawes Foundation was born. Since then the Dawes family have been on a mission to ensure no family has to endure what theirs did.

When Liz next spoke to Craig, he was determined to support the family and their foundation. When brainstorming fundraising ideas, they discovered Craig was good friends with Chris Clarke, coach of rowing at Wisconsin. Which just so happens to be Connor’s parent’s, Liz and Scott’s, alma mater.

And so, Connor’s Erg Challenge was born. Seven years on and over $300,000 has been raised for paediatric brain cancer.