PROJECT UPDATE: In an Australian first, we are pleased to announce the AIM BRAIN Project has received NATA accreditation.

The achievement of NATA accreditation is a huge milestone in the transition from a research project to a certified pathology test, placing Australia alongside the United States, Canada and United Kingdom as one of the few countries world-wide to offer clinically validated methylation profiling.

“NATA accreditation is a fundamental step to provide confidence around accuracy and consistency of the results, as well as longer term sustainability of the platform here in Australia,” said Professor Nick Gottardo, Chair of ANZCHOG and Co-Chair of the AIM-BRAIN PROject. “We have leveraged our connections with our international colleagues at the German Cancer Research Centre (DKFZ) so our children have access to the latest, world-leading diagnostic tools.”

The AIM BRAIN project helps doctors better understand individual types of tumours. With better understanding, treatments can be better tailored to the individual brain tumour battlers to increase their odds of beating the cancer and in some cases, not risk being over treated.

Our Foundation partnered with the Federal government and Carries Beanies 4 Brain Cancer to validate new diagnostic test for patients with brain cancer which changes the diagnosis and treatment in up to 20% of cases. The test has been thoroughly validated through a clinical study involving sites across Australia and New Zealand. Results were benchmarked against gold standard testing in Germany and achieved 99% concordance. It involves profiling modifications to the tumours DNA which affect its activity (called DNA methylation profiling) to more specifically diagnosis the type of tumour at a molecular level.

Together with the new Brain Centre at WEHI, RCD is now committing more funds to support the translation of this important test into the Victorian Clinical Genetic Services at the Royal Children’s Hospital so that every child in Australian and New Zealand with a brain tumour can have access to the best available diagnostic test. For it to be fully implemented as a standard of care test we are seeking additional support from other funders. 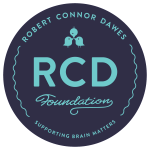 AIM BRAIN is co-funded by

“Already over 40 brain tumours from children have been analysed, providing confirmation of diagnosis or augmenting the diagnosis. Major highlights since commencement are that in several cases the AIM BRAIN Project has assisted doctors in making a diagnosis when conventional diagnostics were unable to reach a diagnosis”

What is a molecular subtyping service?

Good question (we would be surprised if you knew the answer already).

There are around 120 different types of brain tumours and each one responds differently to various types of treatment. Recently, there have been significant breakthroughs in the methods used to identify specific tumours. One such method is methylation profiling of the tumour DNA. Essentially, this will give doctors more specific information about the type of tumour someone has, and they will be able to develop ways to tailor the treatment for the best possible outcomes.

How does it work?

Using state of the art technology, this research will examine the chemical tag, methylation, on the DNA of thousands of genes in brain tumour samples. Methylation tags are present in different patterns that are unique to different types of brain tumours. Hence these unique methylation patterns can be utilised to refine the diagnosis of a tumour thus ensuring that the most effective treatments are given.

More on our scientific panel

“The support that Monash Children’s Cancer Centre has received from the Robert Connor Dawes Foundation and its supporters enables new projects to be started, in particular a laboratory research scheme looking at the molecular profiling of different tumour types, which will be expanded to involve other centres around Australia. ”

Co-funded with the Australian Government

On May 9th, the Australian Government announced it’s budget for the following year. In it was a landmark commitment to funding brain cancer research, included the AIM BRAIN Project through our partner ANZCHOG.